Skip to content
CISB StageCats closed their second show of the 2018-2019 school year: a powerful performance of Bradley Hayward’s “I Don’t Want To Talk About It”
Being a teenager is hard…and no one wants to talk about it! That was the theme of this unique ensemble piece that explored what life is like as a young adult. Confronting the daily challenges of growing up, this series of monologues and scenes offered a look at a multitude of issues — including dealing with parents who just don’t get it, rumors, bullying, and suicide. By turns funny and tragic, the gritty details of adolescence surface – exposing the things teenagers can’t, won’t, and don’t want to talk about.
This play brought together over 50 students from the school community working collaboratively to “talk about it” even when it is difficult to do so. This show was entirely student-directed, combining scenes and movement choreographed by experienced members of CISB StageCats.
Although the title is “I Don’t Want To Talk About It”, the purpose of this performance was to raise awareness about mental health issues for teenagers – and about the importance of seeking help. For this reason, the StageCats partnered with CISB Student Council to present this play as part of the school’s annual Mindfulness Week!
“I Don’t Want To Talk About It” played on November 30th and December 1st in the CISB Auditorium for over 500 audience members! 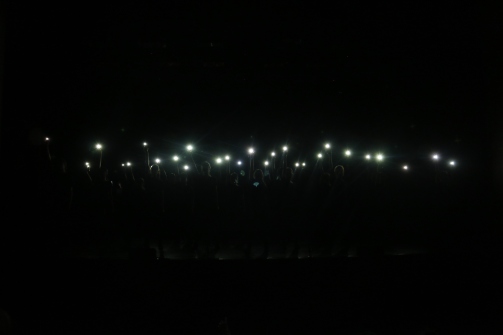 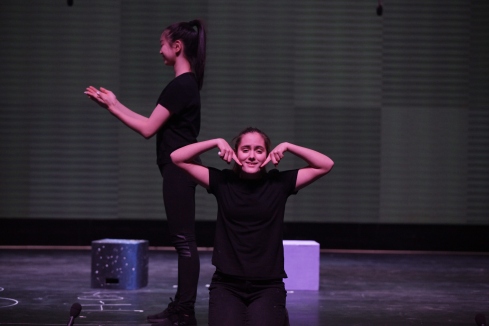 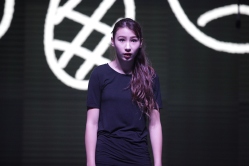 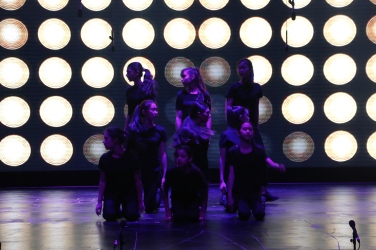 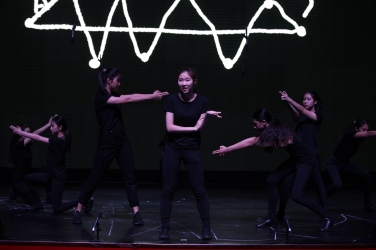 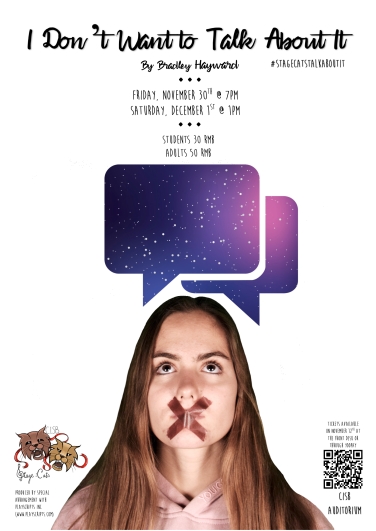 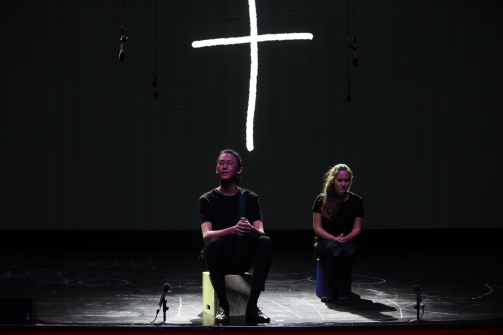 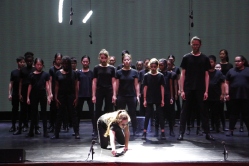