On the evening of December 12th, 2014 the CISB Drama Club’s production of “Frosty: The Snowman, The Myth, The Legend” hit the stage. This marked the culmination of three rewarding months of hard work – from the conception and writing of the script, to weekly rehearsals, all the way to the final preparations of show week.

As drama directors, this was a special show for us because we wrote it specifically for the students at CISB.  As writers, we asked ourselves “How can we impart a relevant lesson about Christmas, while still allowing our students to explore their creativity and let loose onstage?” The result was a script about Frosty The Snowman in the not-so-distant future, dealing with the consequences of climate change. It was a thrill to direct out own script! We believe that the message of the show is an important one and that our students brought it to life with more zest and determination than we could have hoped for.

Our students amazed us throughout this process – not just the brilliant thespians onstage, but also our indispensable crew in charge of the technical and organizational aspects of this production. On opening night, all members of the production rose to the occasion and brought the show to a whole new level of energy and entertainment. We are so impressed and humbled to be in such great company. Thank you! 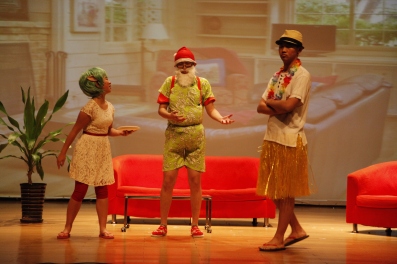 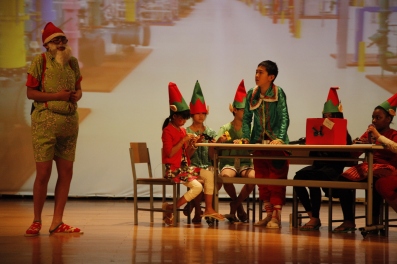 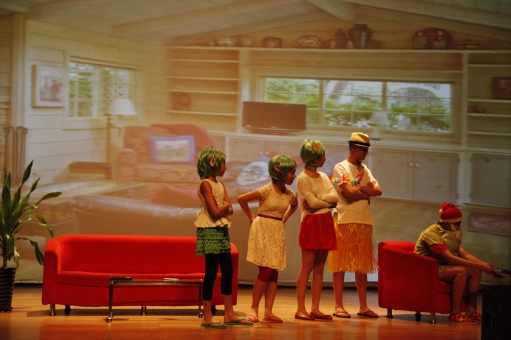