On November 27th and 28th, 2015 the CISB Drama Club performed the original play 10 Years Later to two enthusiastic audiences! This was the culmination of months of hard work for over 60 students in a variety of roles. For writer-directors Mr. Connolly and Ms. Knowles, the play began as just a small idea  – “10 years”, to mark the anniversary of CISB. The end result was a two-act play exploring the themes of friendship and living in the moment, enhanced by brilliant lighting and sound designs. Borrowing from and sending-up traditions of Greek theatre, the show relied on a minimalist set design consisting of an 8-foot clock and four red frames – which symbolized pathways to the future for the characters onstage.  These elements were brought to life by our technical director Mrs. Mackenzie and our head of costumes and props Ms. Chestnut.  10 Years Later was a met with an overwhelmingly positive response from over 500 audience members in attendance for the first-ever performances of this play.  A huge thank-you goes out to all members of the school community who supported this show. 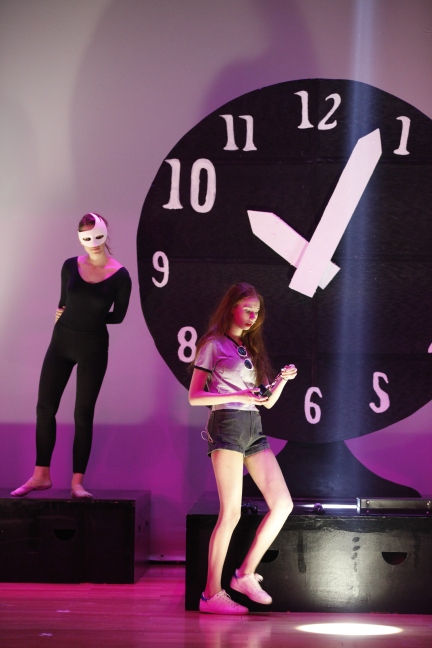 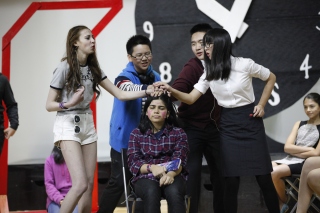 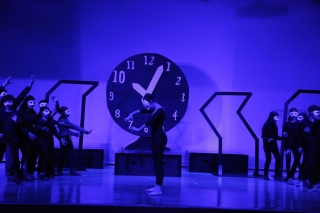 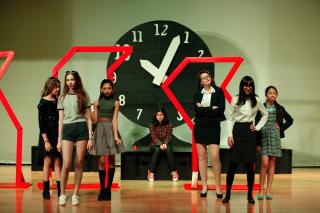 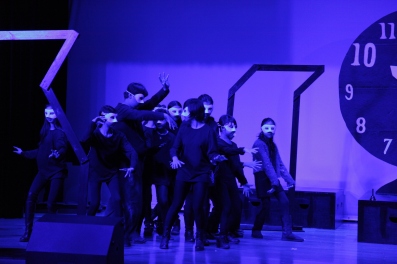 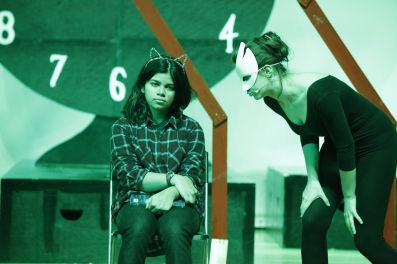 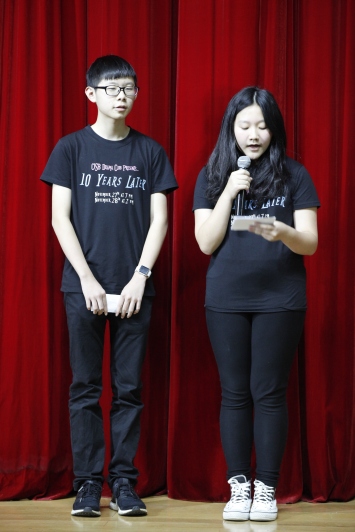 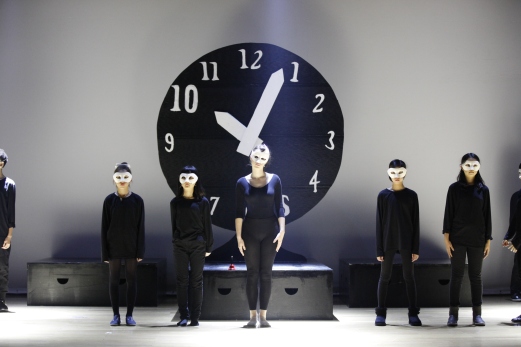 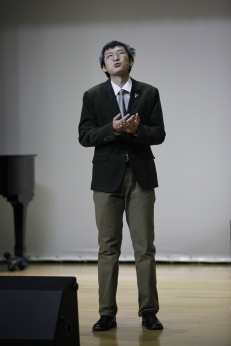 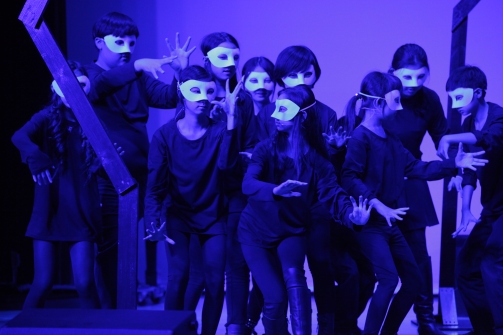 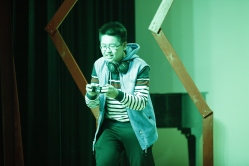 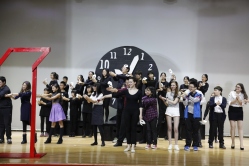 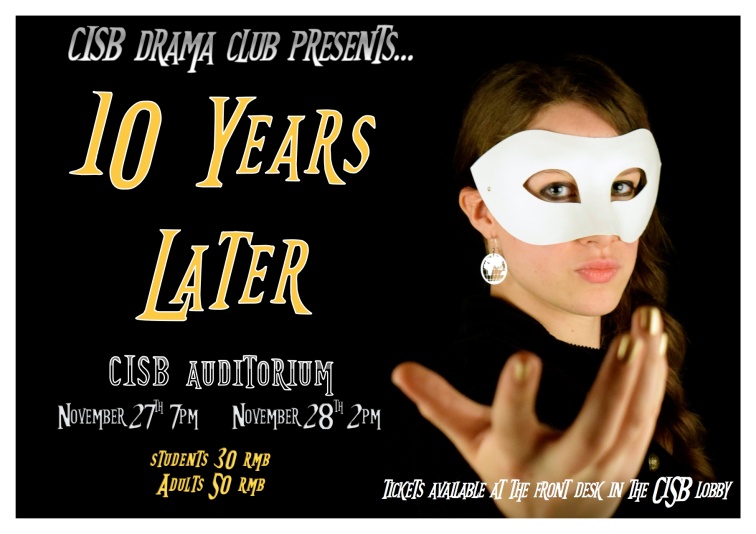